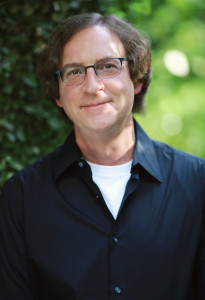 Abbey Konowitch, is a New York City native who has called Los Angeles home for more than two decades. He is the quintessential music executive, having worked as an Agent, record label General Manager, TV Programmer and Artist Manager. He has defined himself through innovative global music launches, global brand partnerships, cross media marketing efforts, and a good helping of being in the right place at the right time.

He has been involved with some the best known names in music from Whitney Houston and Aretha Franklin to The Grateful Dead, helping to create their first music videos and short films, to Alanis Morissette, Blink-182, Sublime, and The Roots. He also helped create the teen/tween music and television revolution at Disney’s Hollywood Records with Miley Cyrus, Jonas Brothers, Hilary Duff, and Selena Gomez.

Throughout his career, Konowitch has consistently anticipated and expanded lifestyle trends, enhanced by his brand-building vision, never afraid to utilize all the available platforms in the ever-changing landscape of consumer behavior.

Having programmed MTV during one of its most vital times with music and the introduction of longform programming like “Unplugged” and “The Real World,” to helping setup Madonna’s Maverick Records and her global marketing campaigns around album releases and tours, Abbey has always had his hand in branding innovations, big picture media initiatives, and pop culture milestones.

Of late, Abbey is developing an exciting new immersive live experience which takes the audiences on a journey through the classic rock years with a unique and distinctive approach. Partnering with people who were there to bring some of the greatest moments of Rock history to life, with the soundtrack of a generation in a concert like experience.

Abbey also continues to consult and advise innovative new companies that excite him.